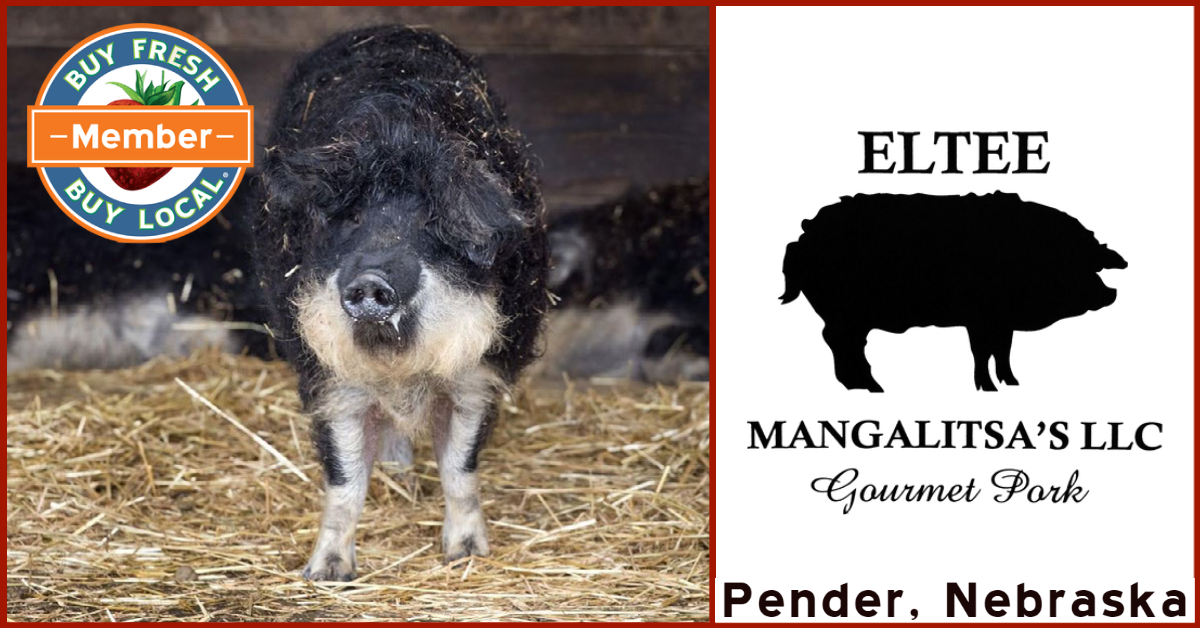 “Farming is not only our business, it’s our way of life. We live and work on our family farm and are proud to have the opportunity to raise this special breed of pigs.”

Eltee Mangalitsa’s Gourmet Pork is a family farm in Pender Nebraska. Tami and Leon Svoboda have been farming and raising animals for decades, and in 2014 they began raising a rare breed of pig, known for its high-quality meat, clean tasting lard and wooly hair- the Mangalitsa. They chose to focus on direct sales of gourmet pork in order to maintain their farm’s independence and their family’s quality of life. Starting in the fall of 2022 Eltee Mangalistsa will be selling whole animals The Mercato in Lincoln, Nebraska. Tony Incontro, the Mercato's salumnist/butcher, will be creating delicious salamis and other cured meat charcutherie for sale at the Mercato and through an online store with nationwide shipping. The Scarlet Hotel in Lincoln also features their Mangalitsa pork.

“Mangalitsa pigs are a rare heritage breed of swine that is renowned for their tasty, marbled red meat and their large amount of fat”

Eltee’s pork has become popular with chefs and home cooks due to its tenderness and flavor – the meat is a darker shade of red than most pork and has about twice the marbling. The Svoboda’s are dedicated to sharing the bounty of the Mangalitsa with the world – they are active in the protection and promotion of the breed.

“The name Mangalitsa literally means "hog with a lot of lard." They are also known as wooly pigs because of the curly haired fleece that covers their body”

Where you can find Eltee Mangalistsa’s Gourmet Pork: