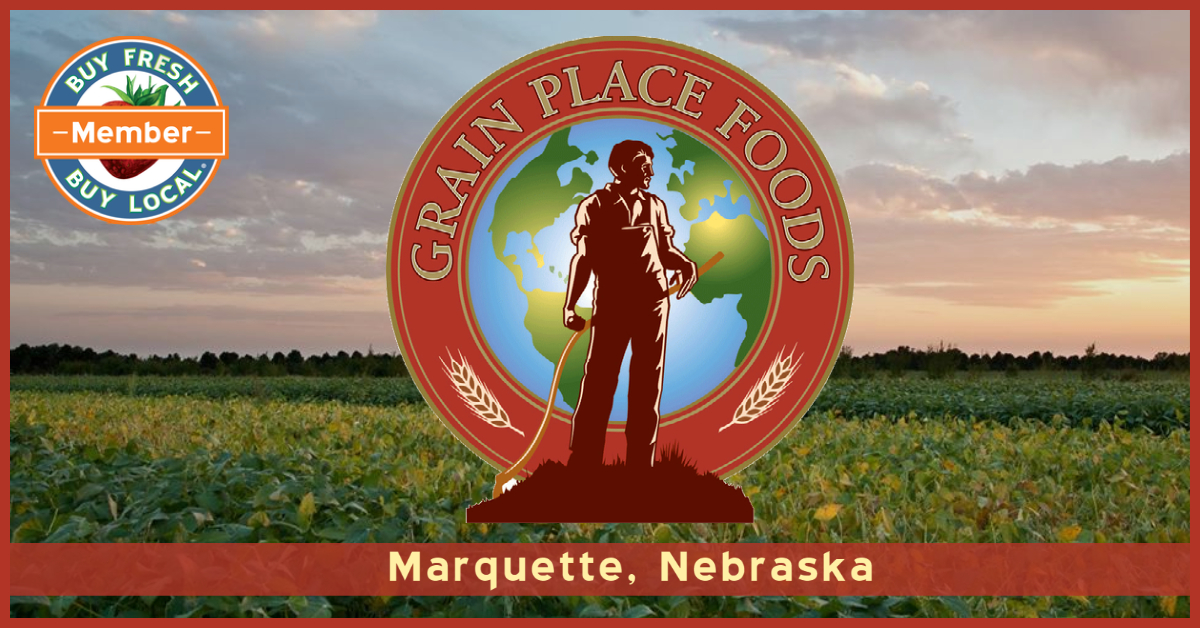 “Providing ecologically sustainable grain products that benefit the long-term health of our clients and our planet because how your food is produced does matter!”

The Grain Place, located on the Vetter Family Farm in Marquette NE, has been growing organically since Don Vetter quit chemical farming in 1953. He saw the results of intense tillage, chemical application, and overfarming – soil that was more dead than living, farm wildlife diminishing, and his family's quality of life declining. After earning degrees in both agronomy and theology, Don's son Dave returned home in 1975. The two became a team that perservered through hard learning years-honing skills, learning lessons, and experimenting with everything, but always keeping the health of the soil front of mind.

“For David, organic, sustainable farming methods became an application of both biological and theological principles.”

The Vetters are not only pioneers of organic growing in the midwest, but organic grain cleaning, processing and handling. They were among the first farmers in the midwest to have large quantities of organic crops that needed to be processed – cleaned, sorted,dried, conditioned, milled, rolled and packaged- and out of that need came Grain Place Foods. The processing side of Grain Place Foods is now well known in the region and country for it's quality products and highly skilled staff. They have helped to kindle the fire of organic and ecological farming throughout Nebraska, and the US.

“Whenever possible, we to source the highest quality grains close to home. Of Grain Place Foods’ 128 current growers, 101 of them are from the Midwest. Including 46 from Nebraska!”

Dreaming of a Vetter World

“One day in 1953, Nebraska farmer Donald Vetter had an epiphany while spraying his cornfield. He’d wondered for a while about the wartime chemicals—now approved for agricultural use—he was putting on his crops. Disappointed with the results, he’d also noticed these chemicals stripped the goodness from the soil and killed wildlife. And what were they doing to the food itself? He decided right then and there that he wasn’t going spray anymore.

Dreaming of a Vetter World is a documentary film about the Vetter Farm and Grain Place Foods.  The film beautifully communicates the philosophy and life of Don Vetter and his son Dave in relation to their farm and their responsibilities as humans – to their neighbors and the earth. It weaves biography, philosophy and soil science into the larger story of industrial chemical agriculture and it's counterpoint – regenerative agriculture.

“Dreaming of a Vetter World is the movie to watch if you dream of a better food and farming system. We need to replace the industrial-chemical driven monopoly of modern agribusiness. Regenerative organic farmer David Vetter shows how we can farm in nature’s image without unhealthy pesticides and fertilizers that destroy the soil, which Bonnie Hawthorne captures beautifully in her epic documentary.”David Bronner, CEO Dr. Bronner’s